The Earliest mention of Ganapati can be found in the Rigveda. The hymns of this scripture mention about the powers of the deity and is called as the seer of the seers. Thus he is considered prime deity and said to be invoked first in all worships and prayers. Ganesh Chaturthi is a major festival of Maharashtra not only but became  festival of entire India. The Sanskrit texts and various Purans are replete with the virtues of Ganesh worship and he is considered as the God of success and of wealth.

Ganesh worship has been depicted in the old temples of India such as Ellora temples and various other temples of Gurjar Pratihar dynasty. Lord Ganesha is shown seated along with some other major Hindu deities and with Shakti and Kartikeya. This festival commemorates the birthday of Lord Ganesh so this is very special day for the devotees.

The chronicles say that Ganesh Chaturthi was first celebrated in Pune during the era of Shivaji Maharaj as a public festival. The Peshwa rulers were also great devotees of Ganapati. This festival was restarted by Tilak in later 19th century.

This famous festival of Maharashtra – Ganesh Chaturthi was started in 1893 by Lok Manya Bal Gangadhar Tilak in Pune. For this purpose he started the tradition of pitching elaborate tents where the Ganesh clay murtis were installed and the hymns of Hindu scriptures were recited and besides prayers the devotees observed vrata(fasting). At the culmination of the day the Prasad in the form of Modak sweets is disbursed among the people. This process goes on for  consecutive days and on the 10 days the idol of Lord Ganesh is Carried in the form of a procession and immersed in a near water body. 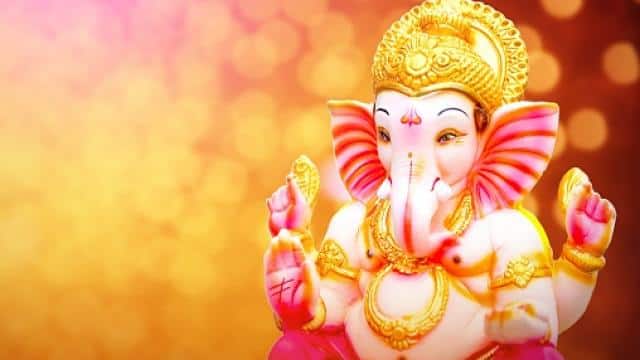 Lokmanya Tilak was a pioneer of Indian freedom straggle against the British rule. He envisaged a move against the British government in the form of this festival. The British passed an ordinance of anti public assembly in 1872 banning the religious gathering. Tilak realised the fact that Ganesh worship was already in vogue among the Hindu masses. So he decided to make Ganesh Chaturthi as a mass community festival. Thus this festival marked the opening of renaissance among the people of Maratha land. Similarly Ganesh Chaturthi was popular in Goa before the Kadamba rulers, with the Portuguese occupation this festival was restricted.

How Ganesh Chaturti is Celebrated? 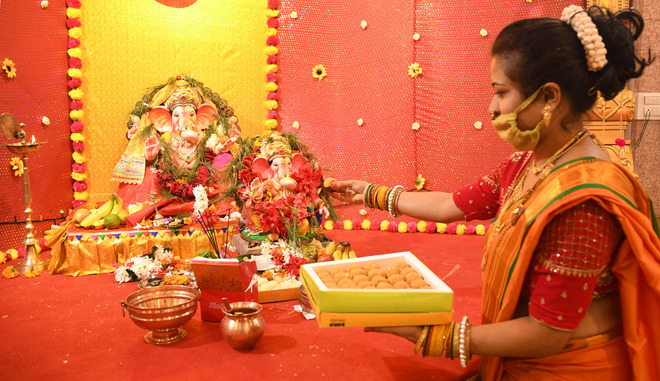 In entire Maharashtra specially in Mumbai and Pune this festival is celebrated with a great religious fervor. For this occurrence large Pandals or Mandapas are pitched by the fund raised as donations or sponsored by the corporate’s. The festival starts with the ritual of Padya Pooja in which the feet of the deity are embraced by the devotees. The idols are brought to the Pandals before hand and given a place with reverence. Similarly people for the sake of house worship of Ganesha indulge in Shopping of worship materials and the idols of Lords several weeks ago.

Prana Pratistha ritual is done to invoke the powers of the deity into the idol. This ritual is followed by another 16 step ritual called shoda shopara Puja. During this activity various offering of flowers, fruits and modaks are offered to the idol.

Ganesh Chaturthi is also widely known as the Vinayak Chaturthi. This time millions of people are engaged to greet the Lord at home and in the large Pandals. Through this festival is celebrated across India but in Mumbai it is celebrated with a great fervor below are some very famous iconic Ganesha Pandals of Mumbai.

Lalbaughcha Raja Ganeshotsav Mandal – This famous Ganpati Pandal was founded in 1934. Normally they instal a 15th feet tall idol of Ganesh every year. This year due to the corona protocol they have reduced it to 4 feet only. The devotees believe that this Ganesh idol can fulfill their ultimate desires. This Pandal attracts more than 1.5 million devotees per day. 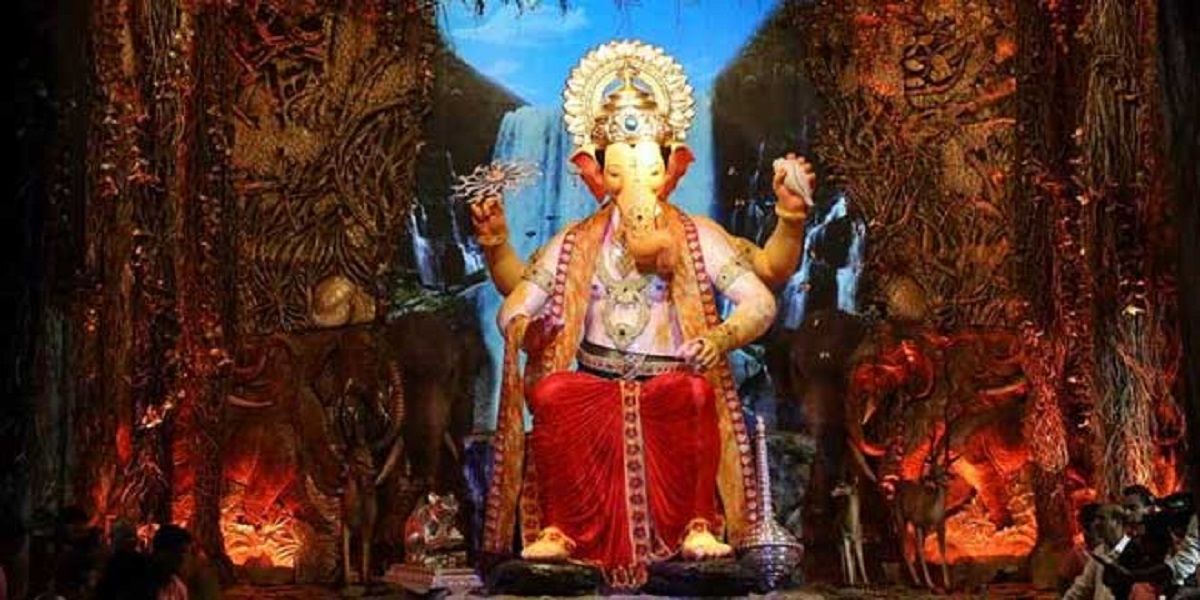 Andhericha Raja – This is another popular Pandal where the multitudes of people visit the place. This Mandap of Andheri is working since 1966. Many celebrities of the Bollywood come to have the blessings of Bappa. 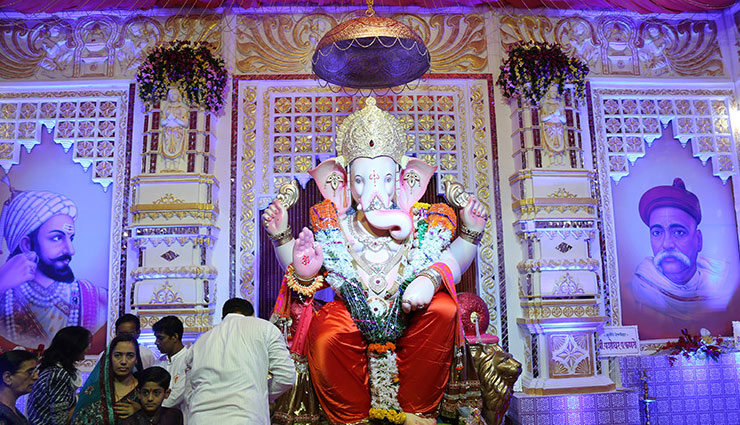 G.S.B Seva Mandal Ganpati – This is famed being the richest Mandap,the idol of Ganesh is well decorated with the glittering gold and silver ornaments. Thousands of devotees come for the prayers and have the divine grace.

Girgaoncha Raja – This Mandal is located near Girgaon chowpaty beach. They are following the traditions of eco friendly Ganpati since 2016. 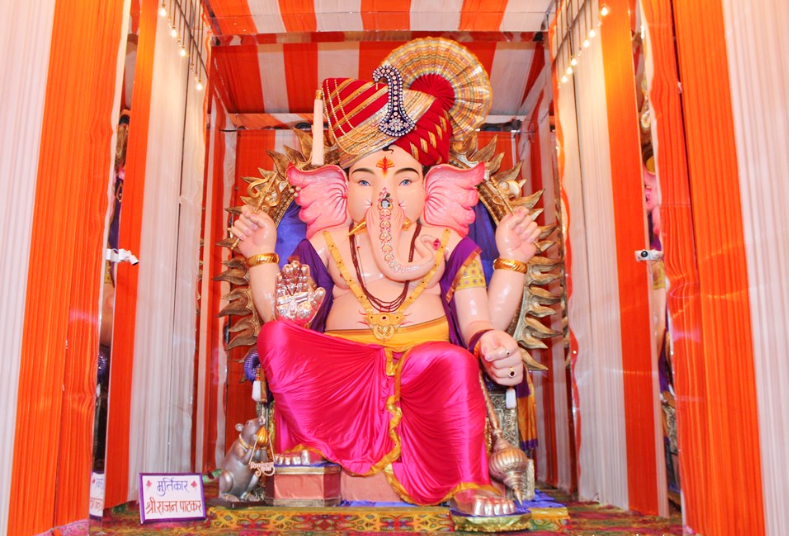 Ganesh Galli – This another famous Ganesh Pandal is close to Lalbaughcha Raja and was founded in 1928. This Pandal often creates different themes and replicas of the famous temples of India.

This year Ganesh Chaturthi is going to take place on 10th September. The festival will go on for 9 days and will culminate on 21st September. This festival according to Hindu calendar falls in the month of Bhadrapat. Shukla Paksha Chaturthi. The special time of worship will start at 12:18 AM on 10th September as suggested by the astrologers. This auspicious occasion is in between 11:00 Am to 1:33 PM Anant Chaturdashi the culmination day is on 19 September.

In Sanskrit language Anant signifies eternal. This day is dedicated to Lord Anant who is an incarnation of Lord Vishnu. On this day the immersion of Ganesh idols are done.

Mumbai is ready for Ganesh Utsav. Normally nearly 300 applications were received for Pandals in Mumbai. This year in 2021 the number has reduced to 1273 only.

Mumbai Mayor Kishori Pednekar gave the slogan”Magha home, Majha Bappa” my home, my Bappa appealed the citizens to remain at home only and celebrate the festival at home. The state government urged the people to celebrate Ganesh Chaturthi following the corona protocol. The government directed to keep the idols of Lord Ganesha at home maximum 2 feet height and for the Pandals a maximum height of 4 feet. The people can take part in the Pandal ceremonies by the digital media and to immerse the Ganesh idols in the Pandal spots itself.